Boy do I hate my day job, sometimes.  You may remember that my last update was about bad writers block.  Since then, I have published the conclusion to Summer Vacation, made two compilations of the books in my Welcome to College series and I have just finished a new book called Taking One for the Team. 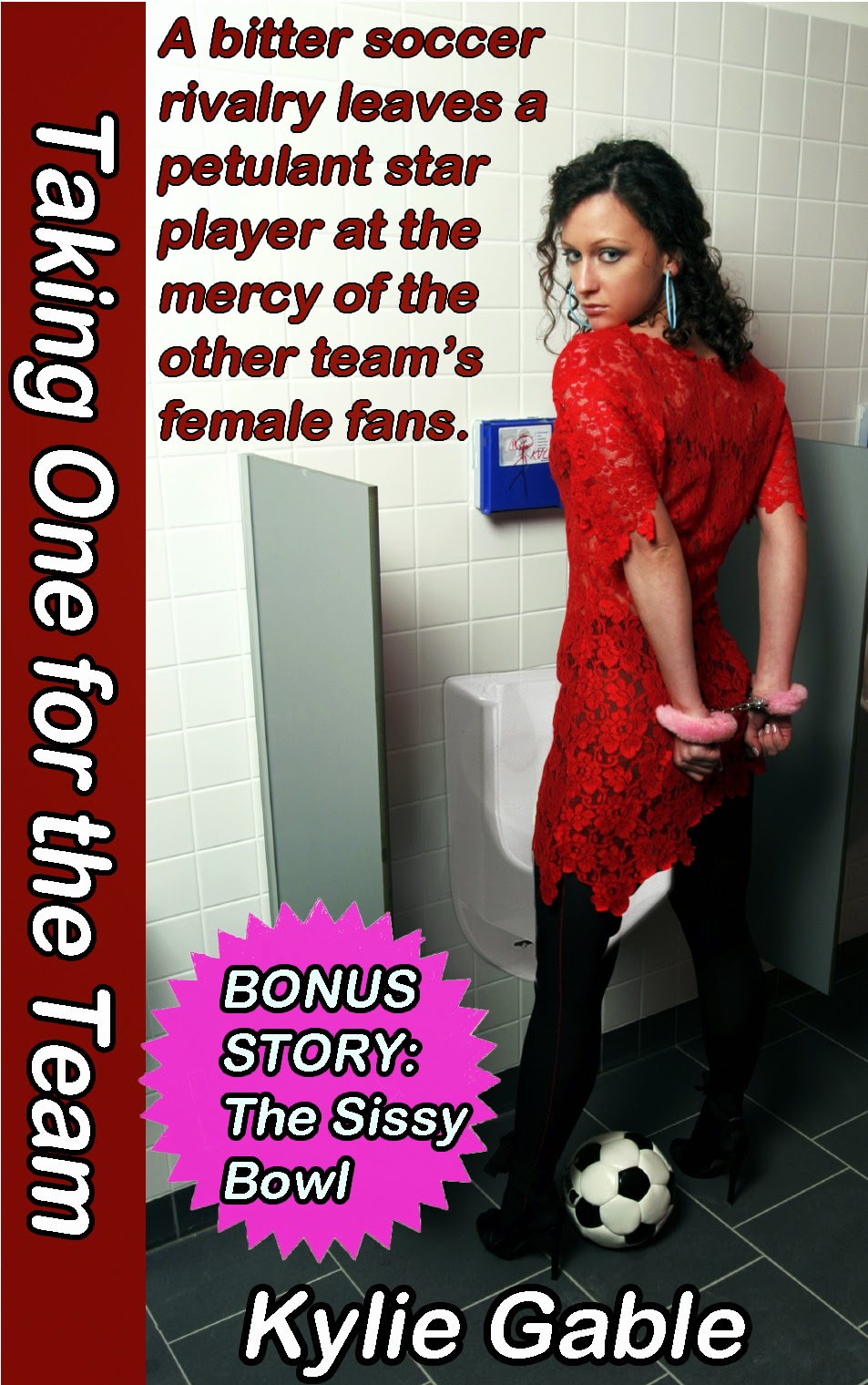 Taking One for the Team has two sports based stories. In the main story of the book, a soccer player takes out the knee of another team's best player, probably ending their chances of winning the playoffs.  Unfortunately, for him he winds up in the clutches of his opponent's female fans.  The cover is a pretty good depiction of what happens to him.  The second story is about two feminized husbands playing their wives on Super Bowl Sunday in the most humiliating spectacle ever to take place on a football field.

I have two more books coming soon, I won't put a synopsis except to say that I'm dying to get to work on them.  I've already created the covers and I thought I'd give you a peak. 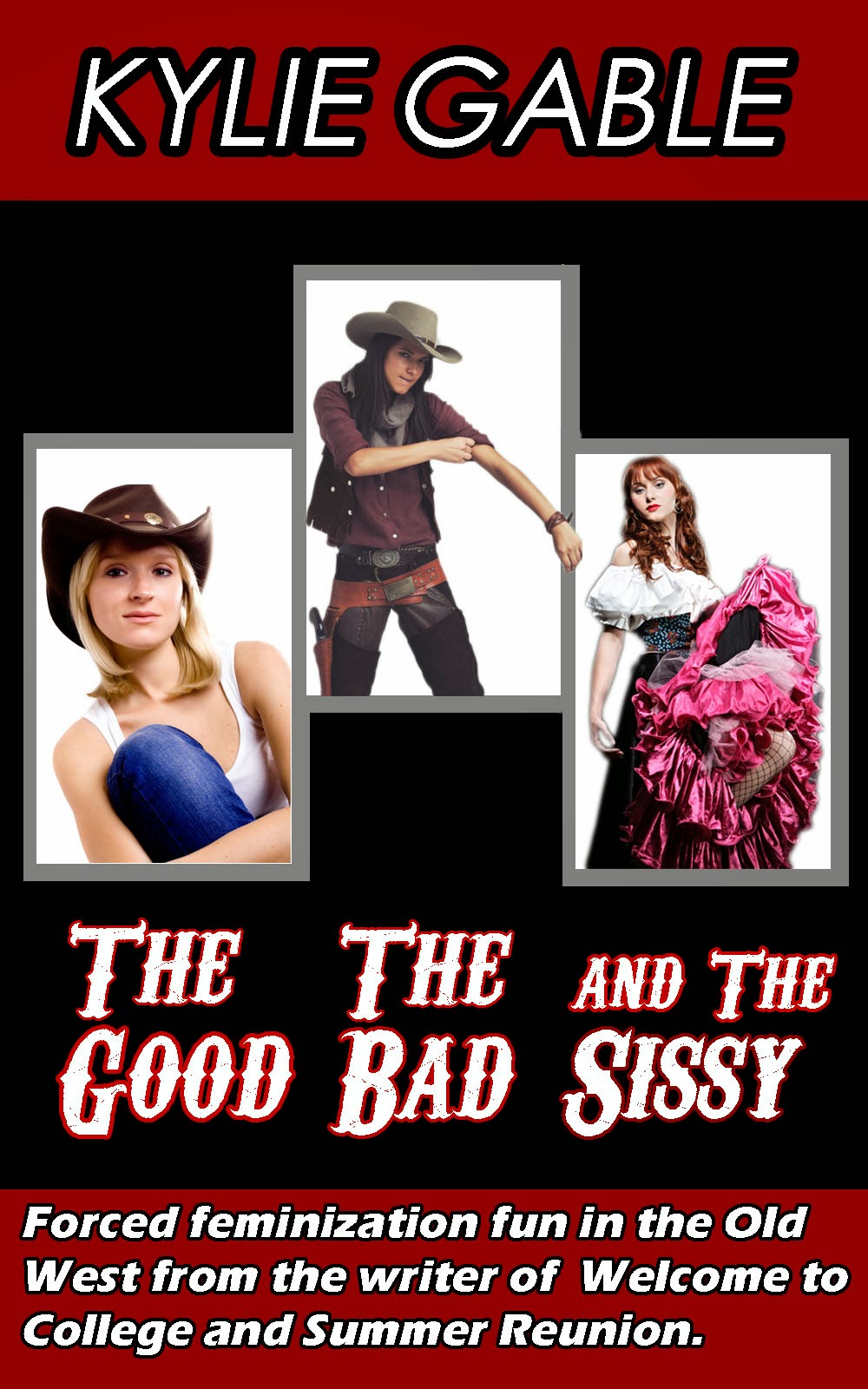 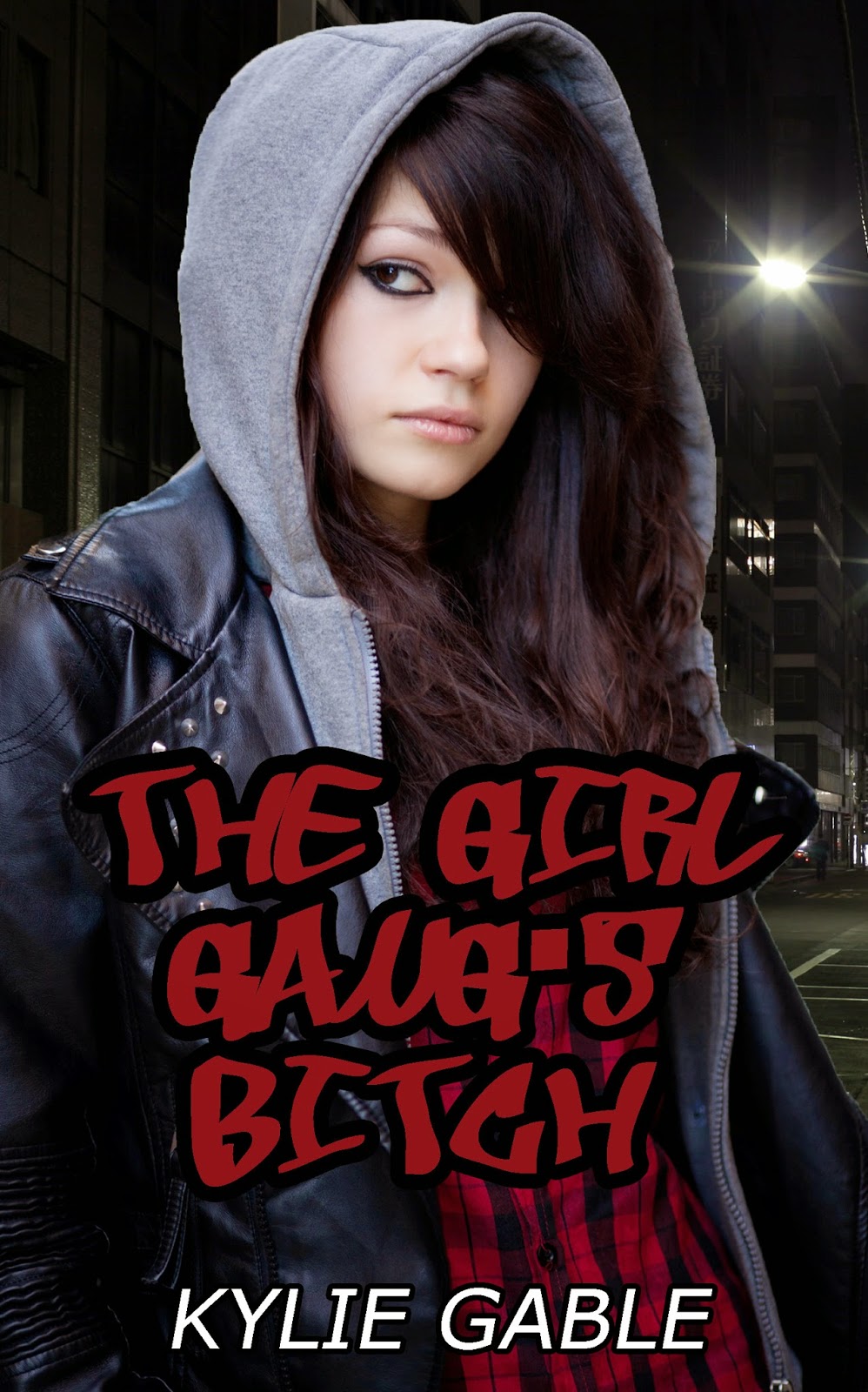 I don't know if what I have right now is full fledged writer's block or if I simply am not getting much time to sit down and right and that is making me press more than I should when I do have time.  Case in point is today.  I had a bit of time to get some writing done today, but unfortunately I only produced about 400 words.  I have had a few fun ideas for stories, but I just need the time to sit down and write them.  I have been overjoyed by the sales I'm getting, but I would love to get some more feedback here.
Posted by Kylie at 8:54 PM No comments: