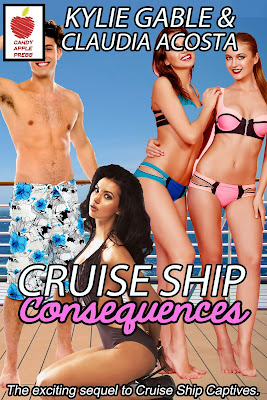 Cruise Ship Consequences actually has been out for a few days now. KinkyLiterature.Com was featuring the first book in the series so I wanted to have book number three out on that day.This book continues the story of Bob and Adam's transformation to Felicity and Eve.

In the third part of the series, our heroes turned heroines meet a new mistress and she's a personal trainer determined to get the two sissies ship shape. A high end shopping trip to Aruba turns into a hot pursuit and one of the sissies must pay the price for her disobedience before singing karaoke for the amusement of his wife and her lover. 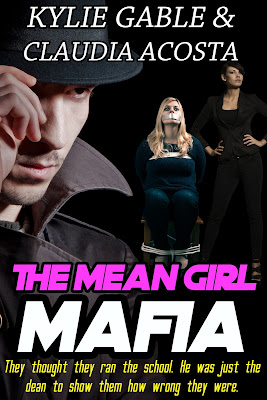 Some books I write for my audience.  In the Private School Prisoner series for instance, I knew that a large part of my readership would love the idea of being a sex slave in an all girl's private school. I've had a blast writing it (And I'm more than half way through writing the third book at this point), but I wrote it for my readers.
Then we get the books that I write for myself.  Mean Girl Mafia is one of those projects.  I had so much fun writing hard boiled detective dialogue and trying to imagine what Dashiell Hammett or Mickey Spillane would write like if they were writing forced feminization erotica.
In an ideal world, you love the books I write for myself and I love the books I write for you.  I think that approach has worked pretty good so far.  I think The Mean Girl Mafia is one of the best books I've ever written and it's been edited by two of the most successful feminization writers in Lyka Bloom and Mindi Harris.
Carl Webb is a shopworn former mall cop turned high school dean.  His job is to enforce the school's discipline code and while it's not what he'd like to do, it keeps a roof over his head. When a cute new teacher brings him a story about some girls in her class forcibly feminizing one of the male students he finds himself uncovering a conspiracy that nobody wants uncovered. Here's an excerpt:

He looked up at me intently, like a frog watching a fly, and said, "What the hell do you want?"


"Oh yeah, I forgot they hired a new one after we chased off Mr. Dipshit."


"They got you playing truant officer now?  Even Dipshit wasn't an errand boy."


"You ready to cut the Brando act so we can talk?"


"A movie star," I replied. "Word is you're becoming quite a movie star, too." I got the reaction I was looking for.  He was paler than an Osmond family reunion.


"Y-you don't make any sense. Go hassle somebody else.  I'll be back in school tomorrow."


"Get out of bed kid," I instructed him.


"You could get in trouble for talking that way."


"What are you going to do? Suspend me?"


"Yeah, you got a point." I said ripping the covers off him.  I couldn't believe my eyes and couldn't hold back a laugh.  He was dressed in a bright red baby doll nightie, with black thigh high stockings, and the highest pair of CFM pumps I'd seen outside of Vegas.


"You want to explain this?"


"I'm not telling you anything."


"Fine, maybe I should call your mother in here then."


"Then talk.  We found Rita Malloy and Wendy Gilliam looking at a video of you dressed in drag and dancing.  What's going on?"


"Yeah, some of the girls have blackmail on me.  They've been forcing me to make videos."


"You're over eighteen, but that's still illegal and a violation of the school code of conduct.  If you finger them, I can suspend them."

Caught in the Act! 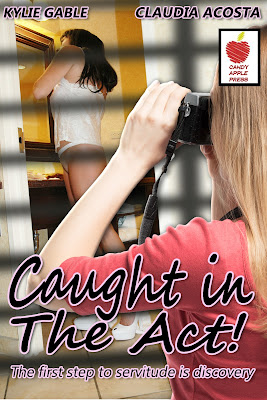 This increased production from me lately is the result of Claudia stepping up her game. We found with her college books, the when I'm listed as the primary author the books sell better than when she is, but make no mistake, Caught in the Act! is Claudia's baby.  We're both having financial issues for different reasons right now and she's been pushing me to write more and more.  However, I didn't think we'd have a new book this week. I had to catch my break a couple of weeks ago and the newest Cruise Ship story took a week longer than it was supposed to.

Then she surprised me. In my email was an almost complete story that Claudia had begun in my newsletter of discovering a neighbor's crossdressing secret and using it against him.  It never got feedback and she got bored and I didn't push the issue. When I read what she had written it was terrific! The story took a turn towards sweetness and I thought the feelings and emotions were quite strong throughout.  The thing that was a bit odd was that it was written in second person as if she was saying the words.  I started to change it, but I realized the story was much stronger with her voice saying things just as she would have to a sissy neighbor who she had trapped.  I added a few small touches, changed one scene, and fixed the spelling.  I think the result is the best positive forced feminization story that either of us has written since Forced Feminization: A Love Story.
Posted by Kylie at 5:17 PM No comments: 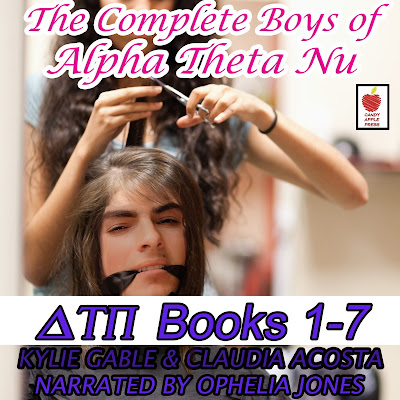 Listen to the Audio Sample Here

I am really happy to announce that The Complete Boys of Alpha Theta Nu has finally dropped. I consider it one of my three most important stories along with Welcome to College and Sam's New Life.  Compared to the audio books I've released so far it's massive clocking in at five and a half hours. Ophelia Jones has done an amazing job with the narration and she was a real joy to work with.  I forgot how difficult this book was--tons of characters of both sexes, a small bit of singing, and a need to keep track of who is feminized and how much so that you don't make the feminized guys too macho.

This is an expensive book because it's so long, but if you subscribe to Audible, you can get it for free.  I've worked my butt off to get high quality audio books out this spring.  Whether I continue to put the work into it or not is going to depend on if I see that it's something people want. If this is something that appeals to you, please make a purchase.  I have a lot of other books that I'm sure would make great audio books.

Alpha Theta Nu has the reputation as biggest the wildest fraternity on campus, so freshman Matt Landon was thrilled to be able to pledge as a legacy. However, as soon as he's accepted, he begins to notice things. His pledge name is Candy and his brothers have pledge names like Barbie and Dollface, they're constantly hazed by subtle forced feminization, and even their pledge shirts are decidedly feminine.

Unwittingly, Matt finds himself immersed in the biggest conspiracy on campus--a fraternity completely run by a sorority to punish and control the biggest jerks on campus. With no allies, he begins to scheme to bring down the whole system before it's too late.

Originally published in 7 separate eBooks, this five and a half hour audio book is written in the style of an old serial as chapter after chapter brings the whole conspiracy tighter and tighter around our heroes neck as he jumps from one emasculating humiliation to another. 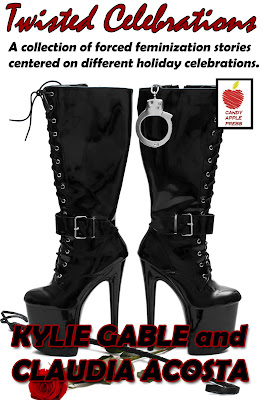 My newest collection is out and it's all about cruel holidays and Twisted Celebrations. I have always enjoyed using holidays as the backdrop of my stories and when I noticed that three stories I had never used in collections before were all connected to holiday celebrations, it seemed like a natural collection.  The three stories included are April's Fool, Valentines Day Massacre, and Thanksgiving Dinner Guest.

In April's Fool, Paul Hemmer discovers that the girl who tormented him throughout high school is living in his condo and though April Blackwell apologizes for her past behavior, Paul learns that old habits die hard when he finds himself back in her web.

Valentines Day Massacre tells the story of two boys who decide to team up in order to prank their sisters for Valentines Day. Their plan seems foolproof. Tony will prank Bobby's sister and Bobby will get Tony's. Everything seems to work perfectly until the guys realize that the girls have seen through their plan.

In Thanksgiving Dinner Guest April and Paul are back and she has no intention of taking it easy on him. When Paul receives an invitation to Thanksgiving at his sister's, he's surprised to find out that April intends to come with pretending to be his girlfriend. Can he survive a holiday with his family without his secret being uncovered.

Collections like this are meant as a courtesy to my readers who may have missed the stories the first time around or are looking to save a little bit of cash in filling in their collection. For $4.99 you get over 20,000 words of story that originally sold for $8.97.