Getting a Friend Excited is...Exciting? 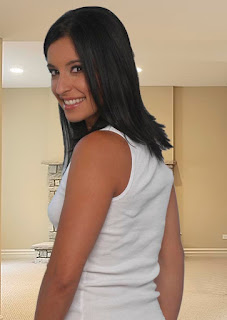 Claudia is diving in with both feet now that I have made her an official co-writer.  She's setting up her own NiteFlirt account, she wants to make a blog to rival this one, and the two of us have been working on her autobiography.

Setting up the NiteFlirt account is a real pain because their HTML doesn't quite work the way it should and she had all her listings pulled because she linked to my Sissy-in-Law story, which violates NF's incest policy even though there is no incest in the story.  It's a sister-in-law getting revenge on the guy who did her sister wrong.  That's the theme of so many movies.  "You killed my brother and now I'm gonna kill you."

One of the first stories I ever wrote was The Good, The Bad, and The Sissy and that was about  an outlaw woman who feminized a miner for revenge because he disrespected her sister.  Anyway, I digress.

The great thing about helping somebody else to enter this world is that her enthusiasm has been contagious and like a vampire, I've been leeching excitement off of her.   I've been very lucky to have not just Claudia, but Mitch, James, Alyssa, Mindi, Sally, and everybody else who has been there to support me.  It's great when writing can be a team sport.rather than individual competition.
Posted by Kylie at 5:46 PM