Feminized for his Inheritance: Wicked Step-Mother 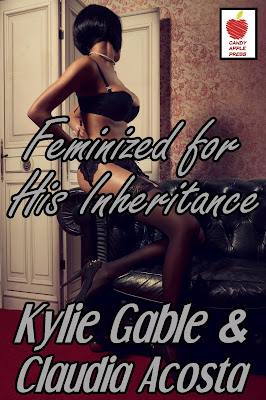 Feminized for his Inheritance is a three-part story that was commissioned by a loyal reader.  I was a little hesitant at first because the story got into a few areas I don't usually delve into, but I think the story has turned out wonderfully so far and I'm glad I took the job :-)

When Bill's father dies of a heart attack, he rushes home from college to help out his new step-mother. Even though she's not much older than Bill is determined to help her get things in order because that's what his father would want. Unfortunately for Bill, he will inherit all of his father's money if he is married by his twenty-third birthday and his step-mother is determined not to let that happen. With the help of her friends Barbara and Paula, she intends to turn Bill into their feminized sex slave under their thumb and in their bedroom.

This story can be a bit rough at times, but also surprisingly gentle at others. Future stories will include hormones and forced bi as well as the usual female domination and forced feminization.