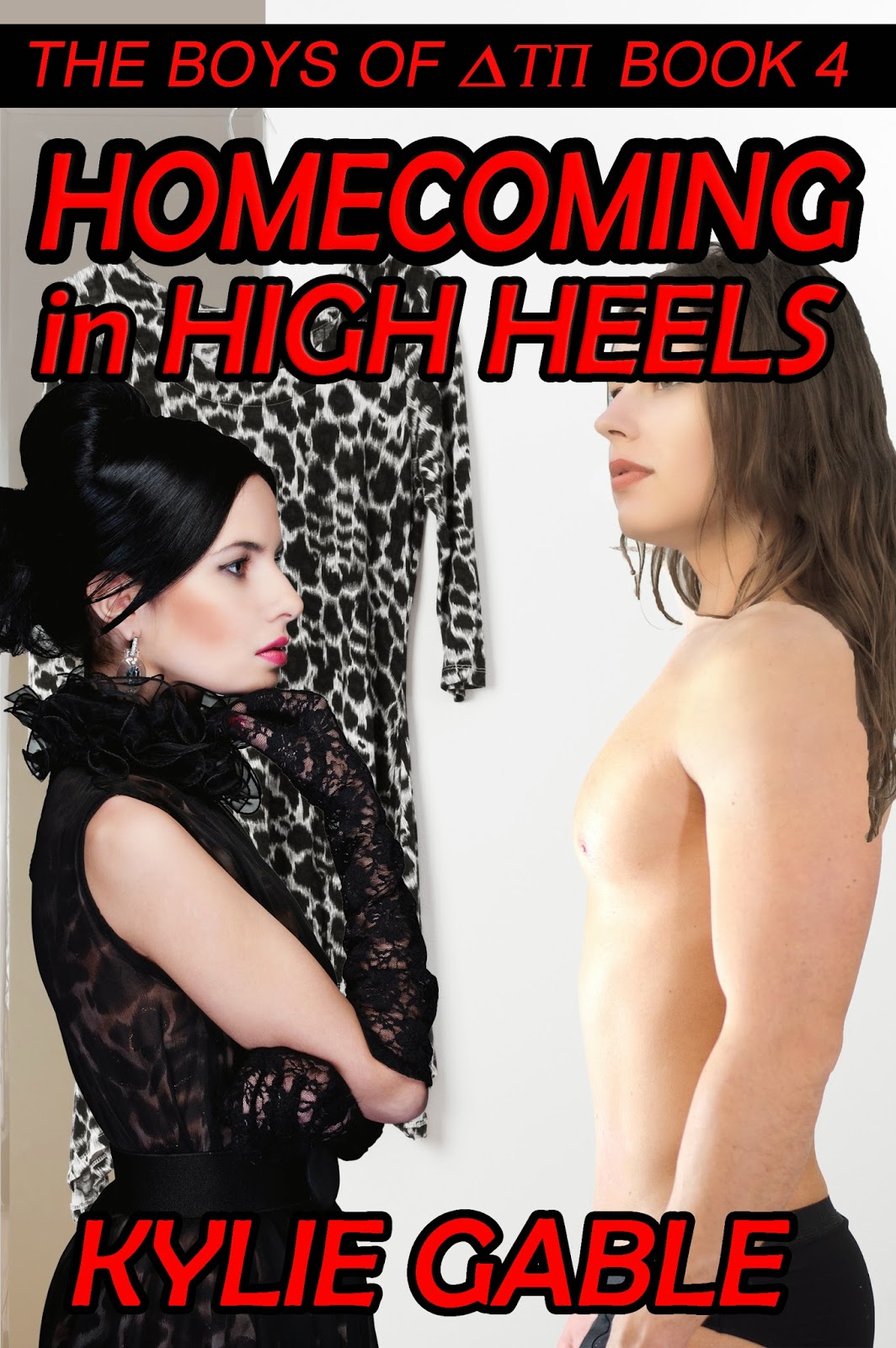 The fourth book in the Alpha Theta Nu series, Homecoming in High Heels delves into just what effect the constant enforced feminization is having on Candy and his fraternity brothers.  Harsh inspection and punishment are now a way of life for the feminized males of Alpha House and some of the guys are beginning to crumble.  It's not all bleak for Candy, though, as he finally gains an ally in an unlikely place.

The Alpha Theta Nu books are my attempt at doing a comic book series or a dark soap opera.  There is a conspiracy hanging over things and each chapter brings new revelations.  In most of my stories, you'll notice that the women are the good guys, but in Alpha Theta Nu, they have taken a noble idea took far and allowed themselves to be corrupted by power.  The series is a gripping thriller, set in the world of forced feminization with a new book coming out out every month.