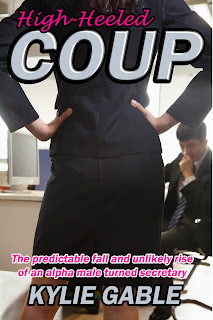 I love old movies.  One movie that I didn't discover until I was feminized and forced to watch a bunch of chick flicks was a movie called Working Girl.   It's one of a string of fun movies about people either pulling themselves up from the lowest rungs of corporate America or pompous rich people who lose everything and get to appreciate the common worker and by doing so, regain their fortune   I decided to try and apply this formula to feminization.

In High-Heeled Coup we meet Steve.  Steve is that arrogant and pompous type-A personality that business movies are built on.  He meets his match in Kendra who is just as brash and cut-throat as he is.  She humiliates him and tries to make sure that she never leaves him in a position to challenge her.  She does this by feminizing Steve and putting him in the secretarial pool. Soon Steve realizes that these lowly secretaries are the ones who really run the company.  Now Steve, tries to battle back to the top despite being under the thumb of Kendra as her personal secretary. 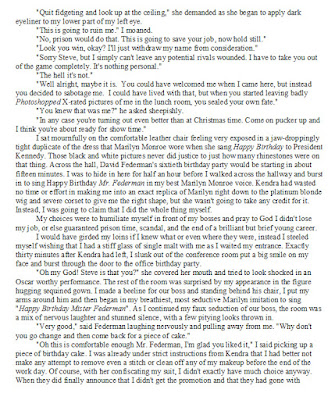