The Jaguar: The Birth of a Predator is Finally Available in the United States. 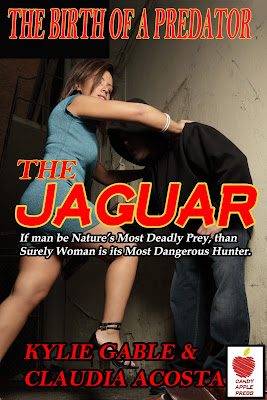 I truly love my masked feminizing vigilante known as The Jaguar.  She's a bad ass who avenges the innocent by using forced feminization. Unfortunately, the character has been really snake bit.  Three times now, the character has had bad luck befall them.

1. The Mask of the Jaguar - Her first book saw me accidentally publish the wrong draft twice before the 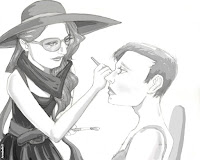 right one.  Early readers could enjoy seeing crossed out text and other editing marks.

2. The Mask of the Jaguar Audio Book was the only one planned for a spring release that failed to materialize when the narrator quit the business.

3. The Jaguar: The Birth of a Predator - A glitch made it unavailable for sale in the United States. I hyped the heck out of the book only to have customers unable to purchase it.

I am happy to announce that last night I just went ahead and did an unpublish and republished it.  Despite Amazon customer service warning me it might not work, it worked. You can find it here. 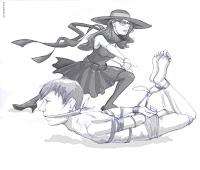 The Jaguar has appeared in two previous stories for me The Mask of The Jaguar and The City of Fire and Rage, but The Birth of a Predator takes her back to her origin when she's a college student at DuPont costume before she first donned her trademark scarf and floppy hat. 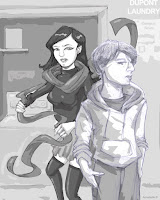 If masked vigilantes are your thing, then I think you'll like this story a lot. You'll see a confident young woman blossom into a heroic avenger and learn how some of her gadgets like the lipstick epoxy came to be.

Best of all, the story contains six amazing illustrations by amazing artist Annabelle Brito, who brings The

Jaguar's adventures to life.  Remember, if man is nature's most deadly prey, than surely woman is its most dangerous hunter.