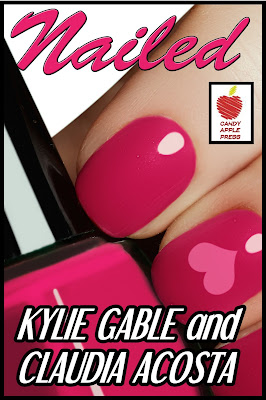 A great resource I use frequently is a woman named Amberly Rothsfeld. One night, she was showing me SEO and showed me what the most commonly searched terms with feminization were.  I saw right away that nails had a huge market share so I decided that I would see if there was that big of a market for a nails based story.  The first story sold just like any of my other stories.  It seems that it neither attracted nor repulsed readers. I can live with that because I think it's a pretty awesome story.

Ron feels that Katie isn’t the woman that he married. She doesn’t dress sexy anymore and he especially misses the long nails she used to have. She finally gets so tired of his nagging that she gives him fake nails and bets him that if he can tolerate wearing the fake nails for a month, she will keep hers long and wear the type of clothes he enjoys for the next year. Reluctantly, Ron agrees. That is his first mistake. There is plenty of female domination and feminization in this story, though it does start out a bit more focused on nails, it is very much like my other stories.
Posted by Kylie at 9:48 PM