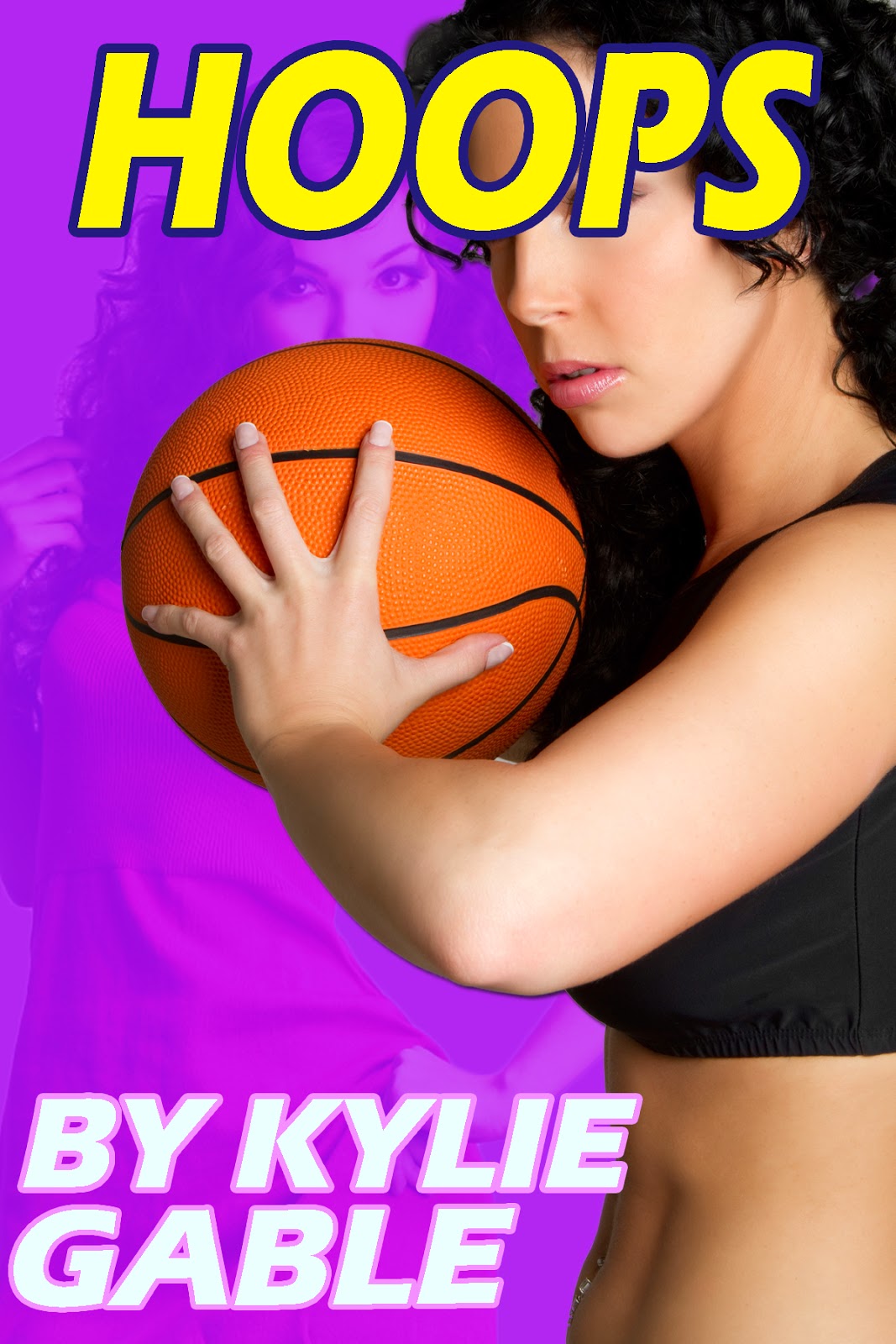 Hoops was actually two stories for awhile.  Like Calendar Girl before it, the book took on a life of its own while I was writing it and I wasn't finished until I had written over 16,000 words.  I decided that since I usually shoot for stories between 6,000 and 8,000 words that I'd make it two books.  However, one of my great beta readers told me that he really liked the first book, and he really liked the setup, but that it would flow much better as one book rather than having the first book being setup and the second book being payoff.  I agreed, but it required me really speeding things up to keep my book every two week schedule with Halloween Humiliation coming out earlier than I planned.

The result, is one I'm quite proud of.  It's the story of two basketball players in the tiny town of Crane Lake, Indiana.  Jimmy Ellis is the star of the boy's team who recently became the toast of the town by leading the boys to a 4th place finish in the state and a full ride to a college basketball power.  Savannah Turner is the star of the girl's basketball team who won the state tournament, but felt a bit slighted by all the attention given to Ellis and the less successful boys team.

With Jimmy and his friend Kenny acting like the town celebrities they've become, Savannah and her  friends Gabby and Victoria get into an argument with the boys that leads to a high stakes basketball game between Savannah and Jimmy.   When the game gets ugly, Jimmy and Kenny pay a price that forces them into the last place they want to be--each other's arms.

I think this one will really appeal to fans of Welcome to College and Calendar Girl.  The story takes place at the very end of senior year of high school and through the summer.  There are no minors involved in any sexual contact as the main characters are all 18.  It's got forced feminization, humiliation, and forced bi galore.  Even better, one of my beta readers observed, "I loved this story, I thought that it really had pathos."