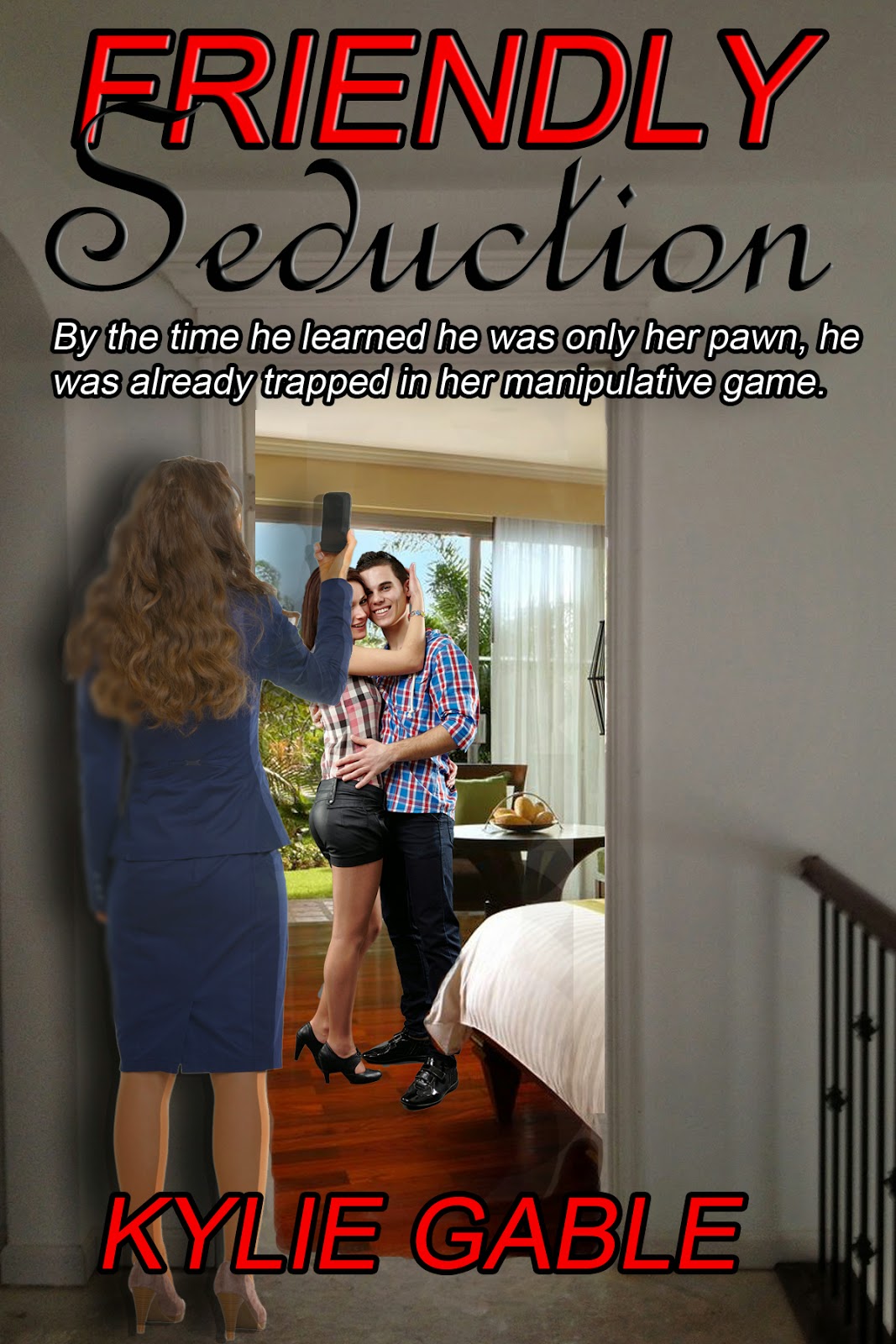 My newest book is a bit different.  I think for some of my loyal readers, it will be their favorite and for some, I think it'll be a bit of a disappointment.  The reason is that I've sort of put a foot into cuckolding.  Morgan is a woman unlike any that I have written before.  She is clever, manipulative, and seductive woman who knows exactly what she wants and knows how to get it.

Adam and Brendan were best friends in college.  Now, a half dozen years later Adam is a very successful businessman and Brendan finds himself in a bit of a dead end.  Morgan is Adam's wife and though she loves her husband and the lifestyle he provides her, she wants more.  That's where Brendan comes in.  She discovered a folder tucked away on her husband's computer of about two dozen pictures of Brendan dressed up as a woman for Halloween.

Now that she realizes her husband is smitten with his old college buddy, she has decided that he is the perfect person to bring him into the world of cuckolding.  Brendan insists he isn't attracted to Adam, but Morgan knows that she has a way of getting men to do what she wants them to.

Friendly Seduction is available at Amazon.com for $2.99.


"Don't worry, I'm not jealous.  In fact, now that I know what turns him on so much, I want you to seduce him for me."
"I can't do that," he snapped back to reality.
"You will," she explained.  "You see, he's hooked up a rather elaborate security system in this house and our love making has been recorded in all its glory."
"No way!" he exclaimed thrashing around in his bonds futilely trying to free himself. "He'd leave you in a heartbeat."
"See, that's the beauty of this thing.  Adam is very loyal and he knows that I would like to sleep around, but he also knows that I wouldn't without his permission.  If he sees this, he'll be devastated, but he will forgive me. On the other hand, you're friendship with him is over if you say a word."
"So, I have other friends,"
"No, you really don't.  There are some guys you hang out with, but your social life has taken a big hit since you and Adam went your separate ways."
"I still don't get why you think I'd go along with this," he grunted.
"Honestly, I think you like me as much as Adam likes you.  I think you know that I can make things very pleasant for you if you obey and very unpleasant if you don't.  If you disobey me, you will be punished.  If you obey, things will be much more pleasant.  I'll give you some time to think it over while I dispose of your male clothing."
She tussled his hair.  He was stuck and by the time she got back, he would no longer have access to his male clothing.  He could probably find something of Adam's to wear.  It might look ridiculously large on him, but right now he just cared about avoiding humiliation, not about fashion or style.  She'd have to untie him to take him out in public and that's when he'd make his move.
"I did throw out your male clothing, but I think I will give you a fair price when we exchange them for something more fitting your new role," she offered sounding almost reasonable.
"So now what?"
"You have an appointment.  Don't even think of trying anything or you'll regret it."
"Are you going to untie me?" he asked impatiently holding his wrists out behind his back to make it easy for her.
"No, I don't think so.  I'll just change your ankle bindings into more of a hobble and we can go," she explained as she untied his ankles and retied them to allow him to take small mincing steps.
"You really want people seeing you hauling a tied up man out to your car?"
"That's the beauty of secluded estates," she smirked as she reached for his arms.  "Now, let's get you up."
"Let me go!" he yelled trying to pull away.
"Oh please, nobody's going to hear you and it's not like you're fooling anybody anyway," she taunted.
"Fooling anybody?  I don't like this stuff.  Maybe Adam does, but I'm not into him like that," he stammered.
"You see, I thought about that," she cooed. "Two guys as close as you were and you turn him on enough for him to build a shrine to you and you don't even pick up on it."
"I didn't know," shouted Brendan.
"Maybe, but I think you did," she purred. "It's not like Adam's subtle.  I don't see how you could miss it."
"I--" Brendan began to speak, but was cut off by a deep and passionate kiss from Morgan.
Posted by Kylie at 6:11 PM