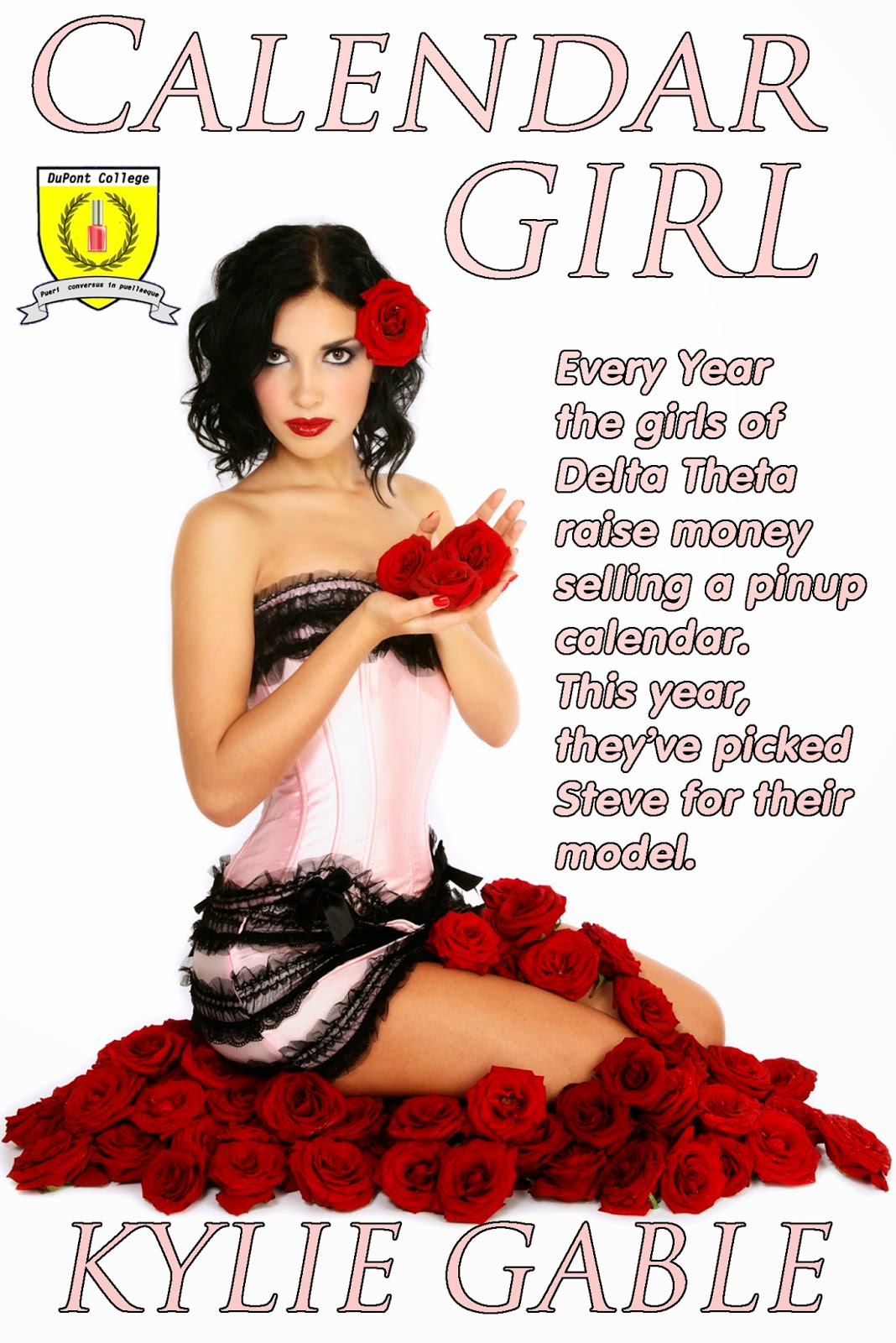 This book was so difficult to write because none of the characters would behave.  I sat out to write an 8,000 word story and every time I had a neat little scene outlined; the characters didn't act the way I had intended and the scene led into a new direction.  By the time I was done, I was double the length that I originally had planned. I figure this is either a masterpiece or one of those moments when a director goes insane.  I guess best-case scenario is that it turns out to be my Apocalypse Now -  insane and still brilliant.

Calendar Girl is the story of a girl named Jen, who has just been accepted into one of the top sororities at DuPont College (Yes, the same college as Welcome to College only set in 2014).  As a new pledge to Delta Theta, she learns about the sorority's pinup calendar.  Begun by coeds during World War II to raise money for the troops, the calendar has become a huge sorority tradition; funding the school and helping to support a shelter for battered women.

The pinup calendar has a long history, but things get very interesting when feminism comes to the campus.  In the 1960s, the girls decide to feminize a male and make him the pinup calendar girl.  That tradition has endured to present day.  The freshmen are tasked with finding a guy, who could be pretty enough, doesn't have a lot of friends who would notice, and if he deserves it, it's even better.

Enter Brandon.  Brandon is an upperclassman that uses the freshman register to stalk freshmen girls.  He finds the cute ones, learns their interests and their schedules in the hopes of getting lucky before they even know what hit them.   When Brandon tries his routine on Jen, she believes that Delta Theta has found their new calendar girl.

Available at Amazon or Smashwords.
Posted by Kylie at 3:20 PM