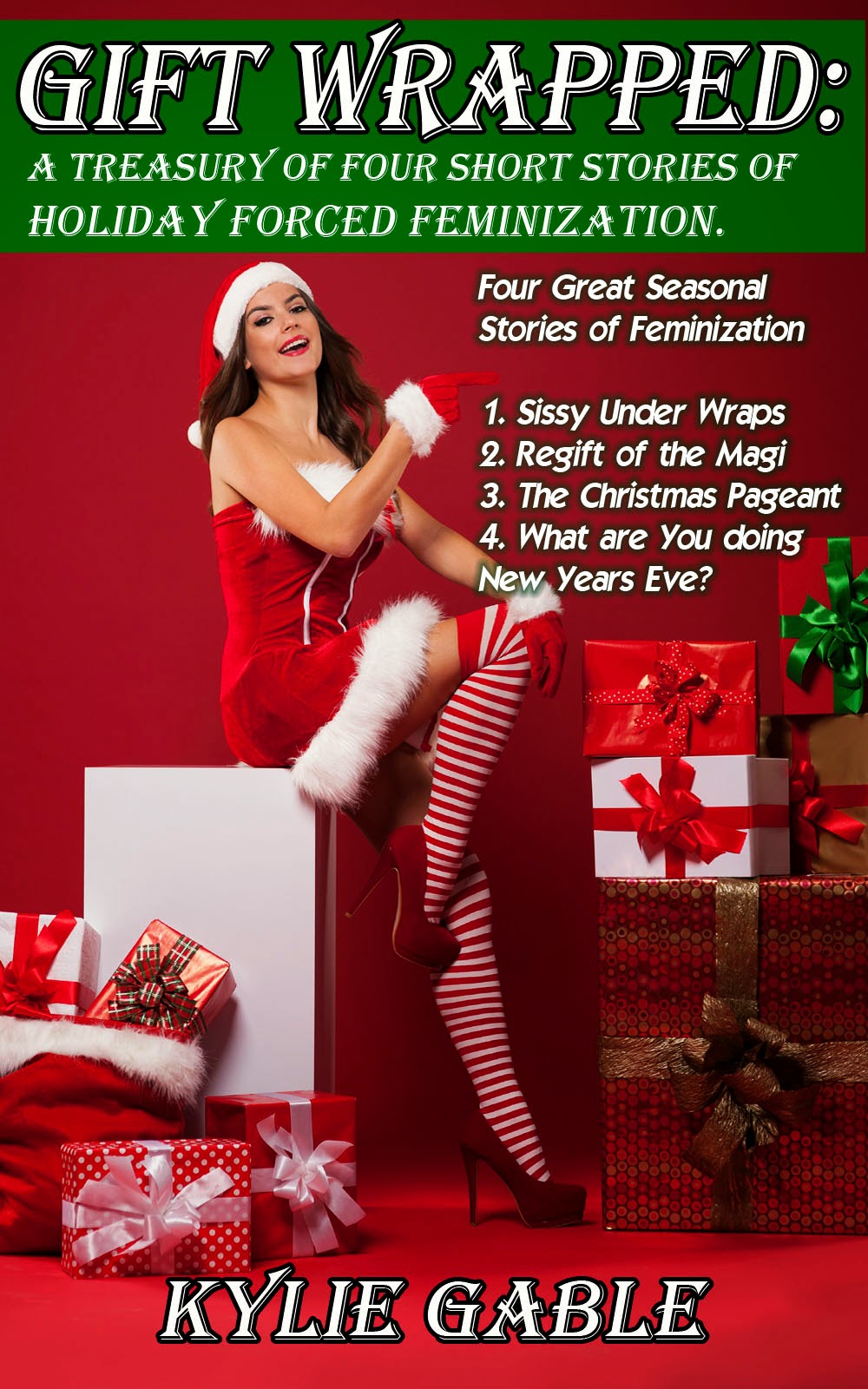 I love Christmas Specials.  I can't help it, no matter how maudlin or sentimental they may be, Christmas always fills me with joy and hope even if it's totally irrational and I need to block out reality to invibe on those emotions.  From The Year without a Santa Claus, to It's a Wonderful Life, to Rudolph, I love my Christmas specials.

I also learned firsthand how humiliating Christmas can be for a sissy.  Early on in my first Christmas celebration at college before we left for break, I learned that not only would the mistresses be giving me girlish gifts, but that the only acceptable response was gushing.  Sentiments like "Oh stiletto heels, how did you know?" and "You know how much I love Victoria's Secret" freely left my lips as I opened one embarrassing present after another.  Sophomore year was probably the toughest because it was my first Christmas with Sheila participating and she regifted me a dildo for the holiday.  I dropped it like it was a snake, but then recovered enough to at least try and act enthused.

Gift Wrapped is a collection of four short stories from me centered around forced feminization and the holidays.  Sissy Under Wraps is actually a 6,000 word story on its own.  The other three are shorter tales with the same theme.

Sissy Under Wraps is the story of an inconsiderate guy, a jilted girl, and her friends who decide to give her the best Christmas gift ever.

Anna and Tala are lovers who are also both very dominant women.  As Christmas approaches, they both find themselves short on money and want to get just the perfect gift for each other in Regift of the Magi.

In the Christmas Pageant, Jerry has been mercilessly teasing his older sister about performing with the dance team at the annual Christmas show.  Now the big night has come and he can't wait to laugh at his sister and her friends in their ridiculous costumes.

A year ago, David cheated on his wife at a New Years Eve party at a fancy hotel.  His best friend tried to help him cover it up.  Tonight they learn what a difference a year makes in What are You doing New Years Eve.

Here's an excerpt from the story called Sissy Under Wraps.  I think you'll see why I called it that:

The ride to Katie's house was very quiet.  Jack had a lot of questions about what they were going to do with him and where they were going, but he felt opening his mouth meant taking a very real chance of being stuffed into the trunk so he bit his tongue.  When he saw that the car was going to Katie's house, he was relieved that he wasn't about to be abandoned in the woods, but terrified of having her see him like this.
"That's right bitch.  You'll be Katie's Christmas surprise," laughed Sharon, as if reading his thoughts.
"What?  I can't let her see me like this," protested Jack.
"Aw, don't worry.  We'll keep you under wraps," teased Angie.  He didn't know what was so funny, but all the girls laughed like she had just told the funniest joke in the world.  This scared him.
When the car pulled to a stop in front of Katie's, Jack was relieved to find that there were no lights on.  His transformation had taken a while and it was getting close to eleven at night.  She was either out or sleeping.
"Out you go," said Jen holding up the remote control for his electrified cock cage.
Jack stepped out into the cold night air, very conscious of the cold night air whipping under the short skirt of his outfit.  Rachel and Jen roughly herded him towards the stairs, while Angie opened the door with the spare key that Katie had given her soon after moving in.  Sharon also entered her arms full of wrapping paper.
"I assume Katie's upstairs sleeping.  Let's keep it quiet. Why don't you get started on the present." Angie motioned to Jen and Rachel.  "Sharon and I will get the box from the basement."
"Sure, I'm quite good at wrapping," assured Rachel.
Jen grabbed Jack's hands and pinned them together behind his back, where Rachel proceeded to wind a clothesline through them.  She cinched the ropes tightly before declaring herself finished.
"Hey, I've been cooperating," complained Jack bitterly.
Jen went into the bathroom and returned, after a brief stop at the hamper, with a pair of Katie's dirty panties.  She walked deliberately towards Jack and pointing the remote at him, told him to open his mouth.  Reluctantly, he complied and she shoved the purple boy shorts in Jack's mouth.   Rachel handed her a gigantic candy cane from the bag of supplies.  The candy cane had cost her almost $10 and was eighteen inches long and two inches in diameter.  Taking a piece of festive red ribbon, she secured the candy cane across Jack's mouth, trapping the panties inside and effectively silencing him.  It was unlikely such a thick candy cane would break and the panties stopped him from being able to lick it, which would have been a tedious and futile task anyway.
"That looks great," said Rachel.  "It's like visions of sugar plums dancing in her cute little head."
Sharon and Angie returned with a huge cardboard box that had once held Katie's new washing machine.  It was a not a flimsy box by any means.  The cardboard was very thick and it was held together by staples.  Rachel and Jen finished securing Jack's ankles together and placing him in a kneeling hog tie.  Sharon rolled out a huge amount of wrapping paper and they turned over the box so it was lying on its side.  After Angie threw two pillows from the couch to the bottom of the box,   she turned to Jack and said, "Get in."