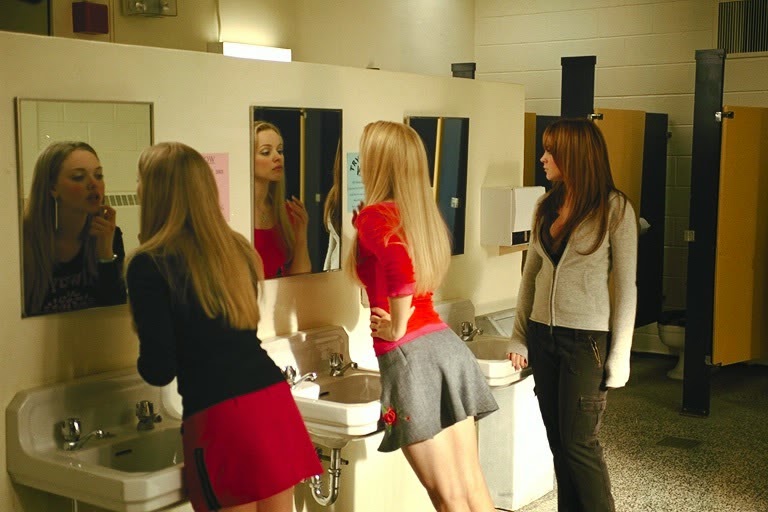 [I thought I'd try something new and post some serialized fiction on my blog.  Please let me know if you like it and would like me to continue the story.   My newest story is sort of in limbo.  I have two new books finished, but I am waiting for one of my kind volunteer editors.  I want to get stories out quickly, but I also want them good.]

They knew his schedule better than he did.  He had exactly three minutes to get from calculus over to advanced chemistry and that was before pushing through the throng of students who thought the end of class was a great excuse to stop in the middle of the hallway and start socializing.  What cretins they were and this was supposed to be an advanced placement class.  Today was senior picture day and everybody was trying to outdo each other.  He wore the navy suit that his mom and he had picked out this summer.  His mind was elsewhere though, he was tied for valedictorian with Kayla Turner and he knew that he'd struggle mightily to get an A in advanced chemistry.

Thirty-five to the right, two to the left, and back to twenty-two on the right, but just when he was opening the door a hand pushed it shut--not just any hand mind you, but the well-manicured hand of Allie Hogan.  She and her friends were the bane of his existence; beautiful on a purely abstract physical level to be sure, but also with the type of meanness that went beyond simple bullying and into evil.  Today, with picture day, they were even more breath taking than usual.   He knew he would never share a bed with a girl like this.  At eight-teen, he was beginning to wonder if he'd ever share a bed with any girl.   Allie was backed up by Brandy.  Brandy was the meanest of the bunch, and their friend Ashleigh was the most cunning, but it was Allie who always had him in her sites since he made the mistake of touching her breasts on a dare back in junior high.  He thought he was finally being accepted by the cool kids.  He didn't know that they were just setting him up until it was too late.

"Hello Ariel," said Allie with a smile.  She was close enough to him that he was momentarily lost in the flowery bouquet of her expensive shampoo.  His name was Eric, but she insisted on calling him Ariel because she said his red hair made him look like a certain mermaid.  She refused to let him get it cut and it was a constant source of conflict between him and his mom.

"H-hi girls," he croaked.  His voice was stuck in his now parched throat.  Just the sight of the girls was enough to send all the moisture in his mouth to the palm of his suddenly sweaty palms.

"We'd like you to come to the girls washroom with us," said Brandy.  This wasn't a request.  He knew that much.  He had been taken to this torture room many times in his four years of high school.  He was only happy that at least Ashleigh wasn't there and he only had two of them to deal with.

"Are you really saying no to us, Ariel?" asked Allie in stunned disbelief.

"No, I'm sure I can be late for the test," he responded panicked that he had upset these two girls who already must have something horrible planned for him.  The last thing he wanted was to make them angry now.

The girls each grabbed one of his hands.  To any teacher it would look like friends just having fun.  To his pals in the French club, it would look like he might be getting lucky with one or both of them; to him it felt like he was a condemned man being led to the electric chair.   Surely, if Ashleigh was here she could go ahead of them and call out, "dead man walking."

Allie opened the door and Brandy shoved him quickly inside the girls washroom before a teacher could see.  The girls bathroom smelled so much cleaner than the boys bathroom, but he felt so self-conscious when they'd drag him in here and any girls who walked in would look at him like he was the pervert.   His eyes darted around the room, taking in everything.  A fancy green dress was hung on one of the stall doors.  On the ground below it was a pair of matching shoes.  Next to the sink, he could see that there were two pink striped shopping bags.  Ashleigh stood by the sink checking on a curling iron.

"Well, there's the guest of honor," said Ashleigh cheerfully.  "Are you ready to have some fun Ariel?"

"I--I really have to go," he replied.  He thought of trying to make a break for it, but he could feel Brandy's hot breath on the back of his next and knew that he'd never make it.

"That's a nice suit.  Did your mom pick it out for you?" asked Ashleigh.

"No," he responded defensively, "I pick out my own clothes."

"Well, we picked some out for you, today.  Strip for us Ariel," commanded Allie.

"No," he cried.  They'd put makeup on him and stuff before, but this was a whole new level in humiliation.  He tried to rush past Brandy, but she was much too fast for him.  She grabbed his shoulders and Allie and Ashleigh descended on him.