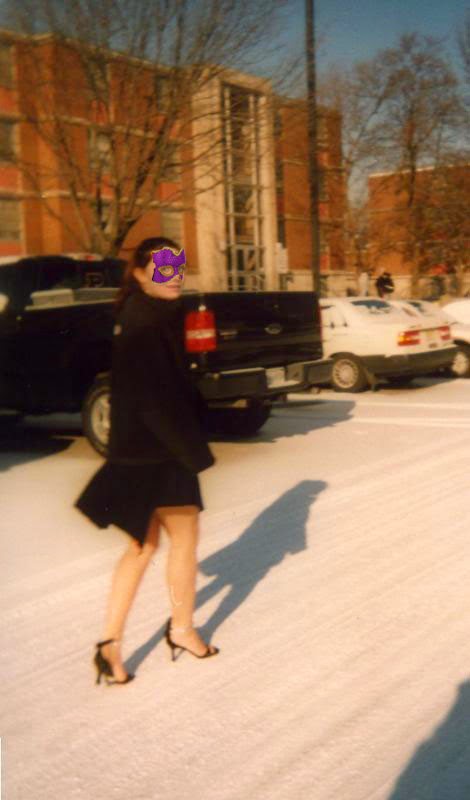 I'm always really shy about sharing my experience and kinks.  However, sometimes you just can't help being in the right place at the right time.  I had a wonderful conversation with a girl from Oklahoma.  She has a thing for sissies and has actually been feminizing a gay friend of hers.  One thing she told me is that when she was younger she used to do junior rodeo stuff and she used to hogtie goats.  I already knew that she had taken judo when she was younger and knew some rather humiliating ways to pin a guy.  When I asked her about tying guys up, she not only confirmed that she did in fact tie several guys up several times.  She informed me that because of the rodeo stuff she did, she really only needed three seconds to make a guy helpless.  Her trick is to smash their wrists together, which stuns them a second.  Then she wraps and cinches.  There were several times that the cinching was followed by a generous application of makeup, especially bright red lipstick.  It was a great conversation.  I love to hear other people's stories.   One thing I'm definitely interested in is any questions you might have for me about my feminization, writing, or recipe for cherry tomatoes stuffed with cheese and bacon.  If I had some questions, it'd be easier to fill a blog.