Mask of the Jaguar Released: Big Plans for Rest of Year 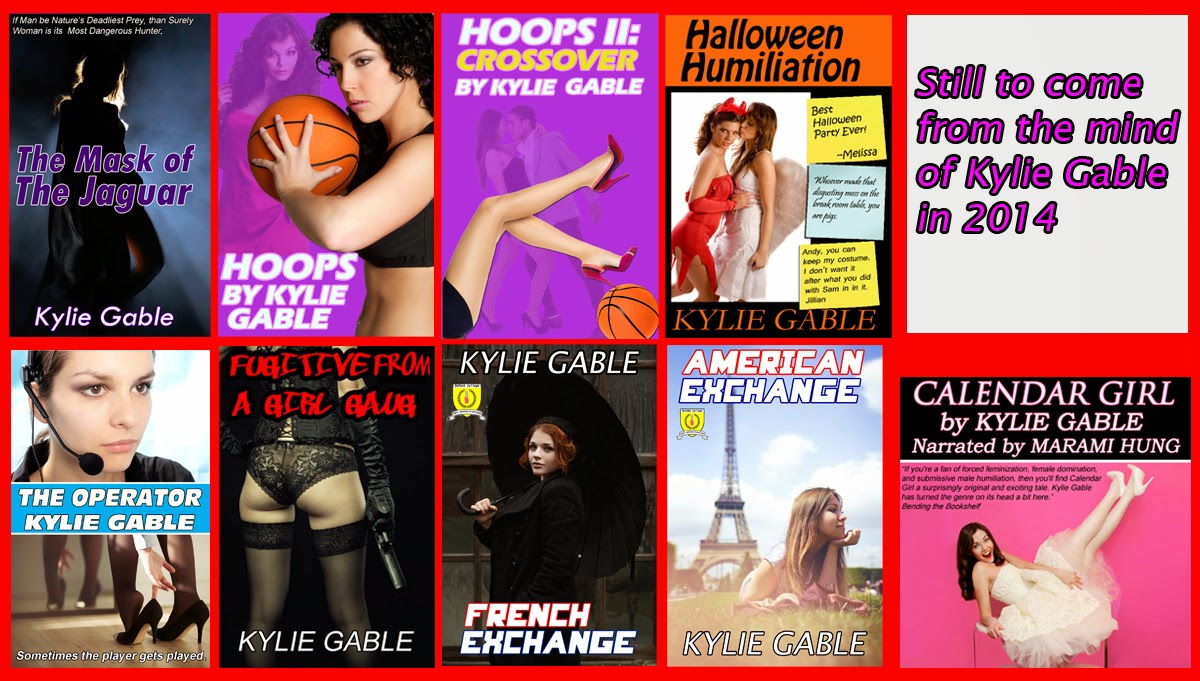 With Mask of the Jaguar published, and Hoops representing the end of the Girls of Summer challenge that I set for myself earlier in the summer, we now come to a good time to discuss my plans for the remaining year and they're gigantic.

Mask of the Jaguar (9/13) - Inspired by the likes of The Shadow and the Green Hornet, The Jaguar is a pulp style heroine who avenges abused and exploited women through forced feminization.

Hoops (9/27) - Basketball star Jimmy Ellis is the biggest thing to hit the tiny Indiana town of Crane Lake.  With a scholarship to a major basketball program, he starts to get a big head before the girls in town take him down a peg by making him date his best friend.

Calendar Girl Audio Book (First Week of October) -  Marami Hung narrates the story of a sorority that has been forcibly feminizing college guys for their pinup calendar for almost 50 years.

Hoops II: Crossover (10/11) - The second part of Jimmy's downfall.  The girls really up the humiliation in this story.

Halloween Humiliation (10/25) -  The office Halloween part really livens up when not one, but two sissies are made to attend.

The Operator (11/08) - Bob thinks he's going to put one over on a phone sex operator, but she has other ideas--A very conventional romance in a very unconventional setting.

French Exchanged (12/06) - When an unsuspecting family, opens their home to an exchange student from France, they soon learn that she always gets her way.  When she sets her sights on humiliating her host family's son, he finds himself with no escape.

Gift Wrapped (12/20) - COVER UNAVAILABLE  An insensitive boyfriend is taught a valuable lesson just in time for the holidays.

American Exchange (01/04/15) - Returning back home to France, Regine throws open her home to an American exchange student.  Can he survive France with any dignity in tact?
Posted by Kylie at 8:18 PM